What kind of tree would Ray Tretheway be?

No question; a Valley oak, of course, he said with a laugh. “It’s the longest living native oak, the largest that we have. It goes with our climate. It’s native to Sacramento.”

For nearly four decades, Tretheway has been as strong and steady as a Valley oak. In the City of Trees, he’s been Sacramento’s outspoken and buoyant advocate for our urban forest.

Now, it’s his turn to enjoy a break in the shade.

Next week, Tretheway is retiring as executive director of the Sacramento Tree Foundation.

Tretheway has led SacTree since it sprouted on California Arbor Day in 1982. When he was officially named executive director in 1990, he became the foundation’s first full-time employee.

“When we started, our goal was to plant a tree a day,” recalled the 73-year-old Tretheway. “We planted 400 our first year.”
Now, SacTree’s total is somewhere over a million. Every year, the foundation helps plant many thousands, mostly through its shade program partnership with SMUD; it accounts for more than 600,000 trees and counting.

“It’s been magical,” Tretheway said. “I worked a lot of long hours, not selling a product across the counter but selling a vision. It’s now time to enjoy the world.”

SacTree is celebrating Tretheway’s legacy the best way it could – naming an oak-filled park in honor of Ray and his wife, Judy. To be shared via Facebook, a ribbon-cutting ceremony and dedication will be held at 11 a.m. Nov. 19 at the Ray and Judy Tretheway Oak Preserve, formerly the Natomas Oaks Park.

“Due to (COVID) safety precautions, it won't be a public event, but we will livestream it on Facebook for all to view and share their well wishes or memories with Ray,” explained SacTree spokesperson Stephanie Robinson.

Nearly 13 acres of oaks on River Plaza Drive near Garden Highway will be a living tribute to Tretheway’s lifetime of service. Besides leading the foundation, he also served as a Sacramento city councilman for 10 years.

“We are also launching a special campaign to honor Ray, and gifts will go toward two initiatives very close to his heart,” Robinson said. “The first $50,000 raised will go to preserve the native oaks and flora of this park and add some amenities to support outdoor education. All other contributions will go toward the Evergreen Fund, projects that improve canopy equity throughout the region.”

(Find out more at https://sactree.givingfuel.com/ray.)


A Sacramento native, Tretheway grew up with an admiration for nature. After working in Washington D.C. as an environmental researcher and at the Smithsonian Institution, he returned to his hometown to advocate for the environment.

“For years, ‘urban forest’ was an oxymoron,” he observed, noting cities didn’t actively campaign for trees.

“Now, we understand that 85, 90% of our urban forest is owned and controlled by home and property owners where they live,” he added. “Our urban forest is living, natural and affects every person’s life. It’s linked to our quality of life and health.”

Tretheway will continue to work with trees and people. His focus recently has been planting trees in historically impoverished (and treeless) neighborhoods.

“It’s been a dynamic career; not a job, but a pleasure,” he said. “How else do you get to live a vision?” 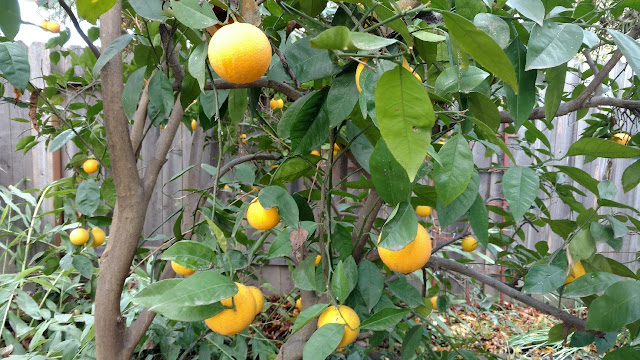 Are my oranges ripe? 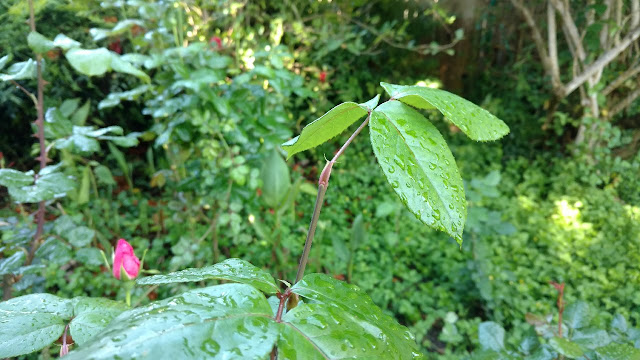 Are your roses going 'blind'?

For the week of Aug. 28: We get a brief cooldown this week, thanks to the Delta breeze. Before temperatures heat up again, take care of some late summer tasks: * Prepare for a fall full of flowers by paying a little extra attention to your garden. Cut off spent blooms from roses, annuals and perennials, then give them a boost of fertilizer. Make sure to water plants before feeding. Roses will rebloom about six to eight weeks after deadheading. * Divide bearded iris and other perennials. Revitalize beds and replant. *Feed citrus trees their last round of fertilizer for the year. This will give a boost to the fruit that's now forming. * Camellia leaves looking a little yellow? Feed them some chelated iron. That goes for azaleas and gardenias, too. * To prolong bloom into fall, feed begonias, fuchsias, annuals and container plants. * Fertilize fall-blooming perennials, too. Chrysanthemums can be fed until the buds start to open. * Pick up after your fruit trees. Clean up debris and dropped fruit; this cuts down on insects and prevents the spread of brown rot. Then feed fruit trees with slow-release fertilizer for better production for next year. * Pull out summer vegetables that are past their prime and have stopped producing. Dispose of plants heavily infested with spider mites. * Indoors, start seedlings for fall vegetable planting, including bunching onion, cabbage, broccoli, cauliflower, kale, radicchio and lettuce. * Sow seeds of perennials in pots for fall planting including yarrow, coneflower and salvia. * In the garden, direct seed beets, carrots, leaf lettuce and turnips. * Plant more potatoes.